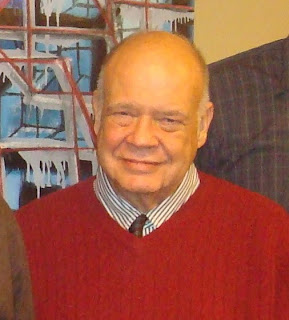 It is with a very sad heart that I announce that Gene Smith has passed away, Thursday, December the 16th, 2010. I have known of Gene through his writings and publications since 1973, visited his home in New Delhi, India, in 1980 and worked closely with him since 2001 to the present in New York City.

What always struck me most about Gene was his drive to not have students undergo the difficulties that he went through in learning and studying Tibetan literature and associated subjects. This is what was close between us and came up most often in conversation, the next generation - the future - making the literature and tools accessible. Gene and I shared a very important teacher, Dezhung Rinpoche Lungrig Tenpai Nyima. Dezhung Rinpoche was maybe the most important influence for what was to become the Tibetan Buddhist Resource Center, the second crowning jewel of Gene's career. The first great accomplishment, the first great crowning jewel, was of course the publication of thousands upon thousands of rare Tibetan texts and manuscripts while he worked in the New Delhi office of the U.S. Library of Congress.

As just one individual, Gene has been the most important single figure in the last half century working for the preservation of Tibetan literature. Gene has been the singular figure to galvanize the most important Tibetan scholars in the last 45 years in the preservation of Tibetan literature. In a half century, again, Gene has been the most important single figure to tirelessly work for the literary culture of Tibet and the Himalayan regions - to publish, to modernize, to digitize and to electronically archive for the present and future generations. Gene was truly a man suited for his time, an individual that accomplished what he set out to accomplish, responding to the needs of others. His passing is not a time for sadness but a time to celebrate the truly enormous accomplishment of his life that has benefited so many of us and in so many ways.
Posted by Jeff Watt's World at 10:50 PM

Thank you, Jeff, for this appreciation of the life and man you knew well and from whom countless numbers of Tibetan and non-Tibetan students have, and will continue to be, benefited.

Thank you, Jeff, for this appreciation of the life and man you knew well, and from whom so many Tibetan and non-Tibetan students have been, and will continue to be, benefited.

Sad about the passing. What groundbreaking works.